Larry Miller and his team installed a wood burning insert as well as a liner in my very old and very difficult to work with fireplace. He was very thorough in explaining any question I had and clearly understands all facets of the fireplace business. While talking with him, I also learned that his company has experience in facia/soffit/guttering. Because of his professionalism and reputation (was recommended by a friend), I hired his team for another two days to wrap my peeling facia/soffit and to install a gutter guard. I'd highly recommend Chimney Care Plus to anyone that needs chimney work done or a whole host of other home improvements!

This family-owned company demonstrates not just professional integrity but moral integrity as well. We had an issue with our outside fireplace wall due to negligence on the part of a contractor. Not only did they come out right away to help but they stayed until they knew the situation was resolved. I have used this company for chimney cleaning and inspection but they go beyond this to provide exceptional service with other repairs as well. It's difficult to find such upstanding professional service but you can find it with Chimney Care Plus.

– Susan Lauterbach, As found on www.manta.com

We are selling our home and agreed to have our chimney inspected and cleaned prior to settlement. After paying another company $250 to clean and inspect our chimney and tell us we needed about $3,500 worth of work done, I brought in Chimney Care Plus for a second bid. I should have brought them in first! Larry and a tech had performed a chimney inspection at this property in 2008 and were fabulous then -- excellent work, fair price, did not perform unnecessary work. They told us we did not need to clean our chimney and to hold off until the spring and clean it after the winter season.

This time around Larry inspected the chimney and provided a free estimate and sealed cracks in the chimney crown for $425, instead of replacing the crown and performing other work that did not need to be done, but that the other company wanted to perform.

Larry Miller defines "professionalism." He offers the utmost in competence, trustworthiness, and responsiveness. He took the time to explain and educate me. And we needed a quick turnaround on this work and he came to our house at 8 a.m. within days of our phone call and got the job done quickly. He has a fabulous office manager who does a great job of communicating and scheduling. We are just delighted with the entire experience and highly recommend Larry Miller and Chimney Care Plus!!

I had a very good experience with Larry and Chimney Care Plus. We were looking for a chimney cleaner to do an inspection, and cleaning if necessary, partly because we had never done one in the five years we had been in the house, and partly because we were getting a smokey smell emanating from the fireplace. After some research and calling around, we settled on Chimney Care Plus because of their pricing and because we heard good things about their integrity - even from a competitor!

When Larry first came he pronounced our chimney to be almost spotless and refused to do any cleaning, which he said was pointless and would amount to taking money for something unnecessary. He charged his basic inspection fee ($99) and gave us some advice about products and services we could try to help reduce the odor. He did not give us the hard sell, but simply told us about the advantages of the various things he was offering and other things to consider. It might seem like $99 is a lot to pay for a five-minute inspection, but to be fair, most people do not have the expertise to know what to look for inside a chimney, and also, that's much cheaper than what most other companies charge. There are a lot of shady operators in this business (there was an article in the Washington Post about it a while back), so you need to be careful. In the end, we asked Larry to come back and install a top-mounted damper and waterproof the chimney. Now the smell is, if not completely eliminated, at least greatly reduced, and we are glad to know that energy is not escaping up the chimney as it was with our old-school, bottom-mounted damper. In short: I'm pretty skeptical about people, but Larry convinced me of his honesty and integrity. He was also extremely prompt, efficient in his work, and unfailingly courteous.

– As Seen on Google Plus

I had Chimney Care Plus install a new chase cover on my chimney. My old chase cover was rusting and collecting water. I needed to get a new one before the old one started to leak and cause damage. After getting estimates, I found Chimney Chase Plus to be the best price. I also found Chimney Care Plus to be very honest and not pushy in any way. I was very pleased with their work and would highly recommend their services.

I have been using Chimney Care Plus for many years. Each time they come to my home I received thorough cleaning services with a friendly country smile. Their recommendations for improvements are spot on and they will not make recommendations that are not necessary. I purchased two stove inserts for both my fireplaces from Chimney Care Plus and it was money well spent - these great stoves keep my home warm and cozy all winter long. Two thumbs up!!!

I have used chimney care plus for about 10 years. They have installed 2 chimney systems for me and maintained them. They are a small family business which offers prompt, professional service at a reasonable price, not to mention just being good people!

– As Seen on Google Reviews

We have used Chimney Care Plus for the past 3 years! Larry and his team have always been professional, courteous and honest. The first year we used Chimney Care Plus, Larry saved us from a chimney scammer. We had just moved into our house and had the chimney inspected. The scammer told us that we needed to have our chimney relined that would cost thousands of dollars. We had a second opinion done by Larry and he said that was nonsense and the chimney didn't even need to be cleaned! He only charged us for an inspection fee the first year! Last year, he redid our chimney cap and flashing and sealed our brick chimney. It looks great! This year he cleaned our chimney and again he was very professional. We will continue to use Larry and his team every season and we highly recommend Chimney Care Plus!

Larry and his team were prompt and on time, efficient in discharging their duties, pleasant and courteous, and went above and beyond in servicing my chimney. I am very pleased with their work and would recommend them without hesitation.

Larry went above and beyond what needed to be done. Professional, reliable, and responsive. Highly recommended.

Chimney Care Plus came out today to clean my chimney and dryer vent. This is the second time I've used their service and both times they have been great. They are friendly, informative, thorough, and professional. They had good suggestions, they're not pushy about trying to sell anything, they are really just the kind of people you want to do business with. I even received a call to say that they were running a little late, which I appreciated. They were friendly toward my dog, took care to keep things clean, and answered all my questions. I think they're great!

Get To Know Us

Personalized service you can trust 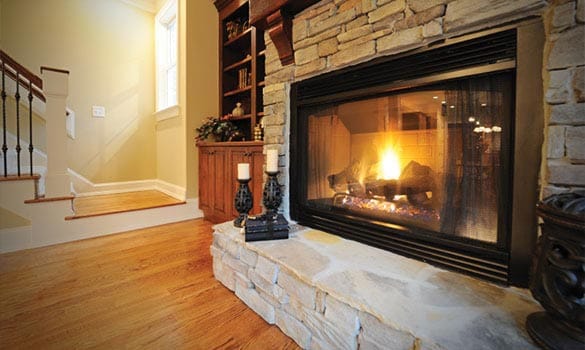 We're proud of our reputation 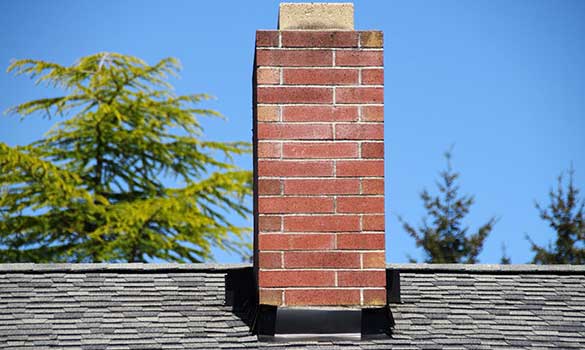 Expert craftsmanship on every project

Our mission is to keep you & your family safe. Chimney Care Plus is a family-owned and operated business serving Frederick & surrounding counties.